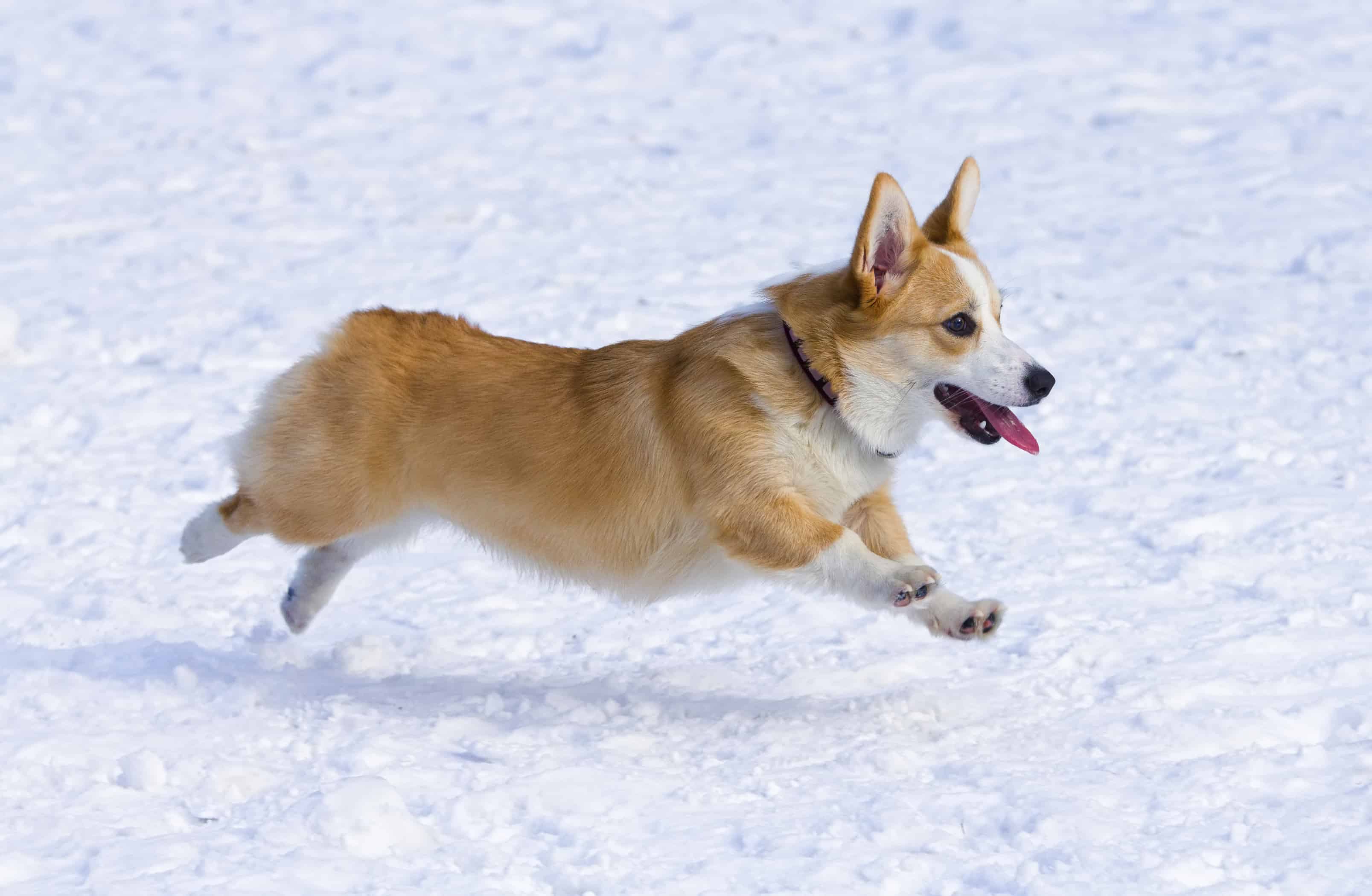 The Pembroke Welsh Corgi is an all-natural herding dog. As a member of the Herding Group, this breed is short in stature, with a long frame. They have fox-like features, making it highly popular with families around the world. Weighing from 25 to 27 lbs, the Pembroke only reaches a height of up to 12 inches.

The temperament of the breed is best described as quick-witted, spunky, and alert. Always willing to please and devoted to their human family members, they make excellent watchdogs and will even fight off intruders if necessary. Pembroke Welsh Corgi dogs are safe to have around children but may nip at their heels in an attempt to play. They also tend to bark a lot, especially when strangers approach. A Brief History Of The Pembroke Welsh Corgi

Welsh cattle dogs have been mentioned as early as the 11th century in several books. And although the breed shares a past with the Cardigan Welsh Corgi, it developed completely on its own in a separate area in Pembrokeshire, Wales.

Although it is difficult to trace the breed’s exact bloodline, we do know that the dogs were important in helping farmers working in South Wales. These little canines were excellent at herding cattle with their technique of nipping at the heels of the herd. They could duck with extreme speed and pin-point agility to avoid being kicked.

The Pembroke Welsh Corgi was still working in the fields while many other breeds were seen in the show ring. It wasn’t until 1926 that a club was formed for the breed. Breeders further sought to improve the dog’s overall appearance. The big differences between the Pembroke and the Cardigan is that the Pembroke is smaller and with features very similar to the fox.

The two types were officially recognized as separate breeds in 1934. And it was the Pembroke Welsh Corgi that became hugely more popular than the Cardigan. King George VI took fancy with the breed, as well as Queen Elizabeth II. By the time the mid-1960’s arrived, the Pembroke was one of the most popular dogs in the world. This dog absolutely loves to herd, and in addition to daily walks on the leash, the Pembroke should be involved with plenty of herding exercises to complete its exercise requirements. Their minds are also complete sponges when it comes to absorbing training commands, which makes the Pembroke an ideal candidate for advanced obedience training.

The Pembroke can withstand both hot and cool temperatures and are physically capable of living outside. But of course they are most happy when allowed to sleep indoors with the family at night. They thrive on human companionship. Grooming requirements for the breed consists of a weekly brushing to remove dead hairs.

The average lifespan of the Pembroke Welsh Corgi is between twelve and fifteen years. Major health concerns that run common in the breed are CHD and intervertebral disc disease. Minor health issues include degenerative myelopathy and epilepsy. Rarely seen is lens luxation, PRA, vWD, and urinary stones. Veterinarians suggest that the Pembroke get DNA tested for PRA, hip, and eye problems.

Overall, Pembroke Welsh Corgis make wonderful pets but as with any dog, a trained mind is a happy one. At Highland Canine Training LLC, we have personal experience with breeds ranging from Corgis to Bloodhounds. We understand what is common about a breed of dog but what also makes every dog unique. For any training tips or inquiries, call Highland Canine Training LLC at 1866.200.2207 or email us at training@highlandcanine.com

One thought on “About the Breed: Pembroke Welsh Corgi”

We hope everyone has a great Memorial Day ! We wo

These guys are ready for an adventure! 🐾

Buster knows Saturdays are for sleeping in 🐾❤

Splish splash with my buddies 🐾🐾💦 #standa

Meet our new kennel tech Lynze ! We are so happy

Dewey is pouting because he is not getting enough

We had the pleasure of joining the parade to wish

Roxy is ready to get back to work!